It’s no secret that I’m a Bertrand Duchaufour fan-girl. During my last round of MUA swapping, I acquired several interesting new scents, including a few L’Artisan’s. In this batch: Timbuktu, BD’s 2004 addition to L’Artisan Parfumeur’s travel series. Luckyscent says:

Timbuktu is modern French spin on an ancient West African perfume rite. Inspired by his travels to Mali, master perfumer Bertrand Duchaufour returned to L’Artisan enchanted by the mystical perfume art, called Wusulan, still handed down from mother to daughter as a magical spell to seduce and secure one’s true love.

Reading the notes for Traversée du Bosphore, I was at once appalled, enthralled, and a little frightened: Apple? Pomegranate? Tulip? Followed by leather? The spell was cast, and that perfume was not, for me, a disappointment. 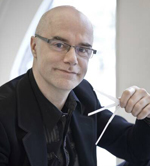 Reviewing Timbuktu’s list of notes placed me in much the same position, begining with the green mango. Green mango? Well, supposedly this note was in Nuit de Tubereuse (success!), but also in Un Jardin Sur Le Nil (not for me)—cancelling each other out and leaving me neutral. Cardamom. Now there’s a note I have feelings about. Toasting it, grinding it, cooking with it, eating it, smelling it, loving it. In perfume I quite like it (Al Oudh), and this sets a positive expectation. But the rest of the notes, which include pink pepper, karo karounde flower (?), incense of papyrus wood, patchouli, myrrh, and vetiver—leave me clueless. Kind of sounds like a hot mess.

Hot? Not at all. The cardamom (and sensual African theme) prepared me for a spicy, warm, sillage monster, but what I find is a greenish—almost bitter—subtle and arid composition.

When I first applied Timbuktu it was a little warmer, but I didn’t pay much attention to it since I was running around getting ready to face the day. I wouldn’t call it cool, but there’s a vegetal feel that lends itself to images of celery; which, being crisp and refreshing, totally negates any warmth offered by the “darker” notes.

As a perfume it’s interesting, and original; whether or not I like it is another matter—one that will probably take several more wearings to conclude.